A few weeks ago, Aaron, Jessica, and I piled in the car and started off on an epic road trip to Mississippi for yet another Spartan Sprint! After our first race in Atlanta back in March, Aaron and I knew we were hooked. We consulted the race schedule and said to ourselves, “Mississippi is close, right? Let’s do that one!” Little did we know that the “short” drive to the Gulf Coast was seven hours long. By the time we realized the distance, it was too late – we were already committed and it was going down. 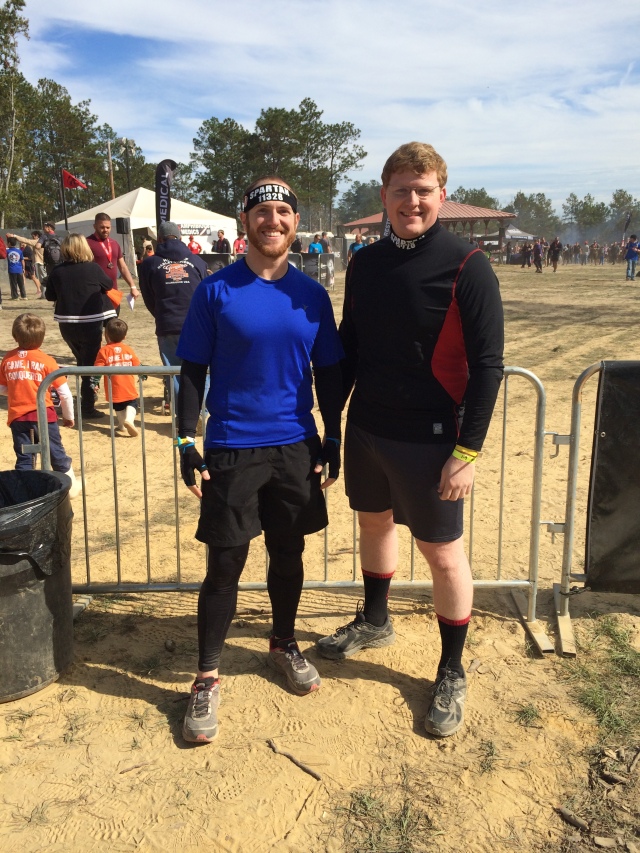 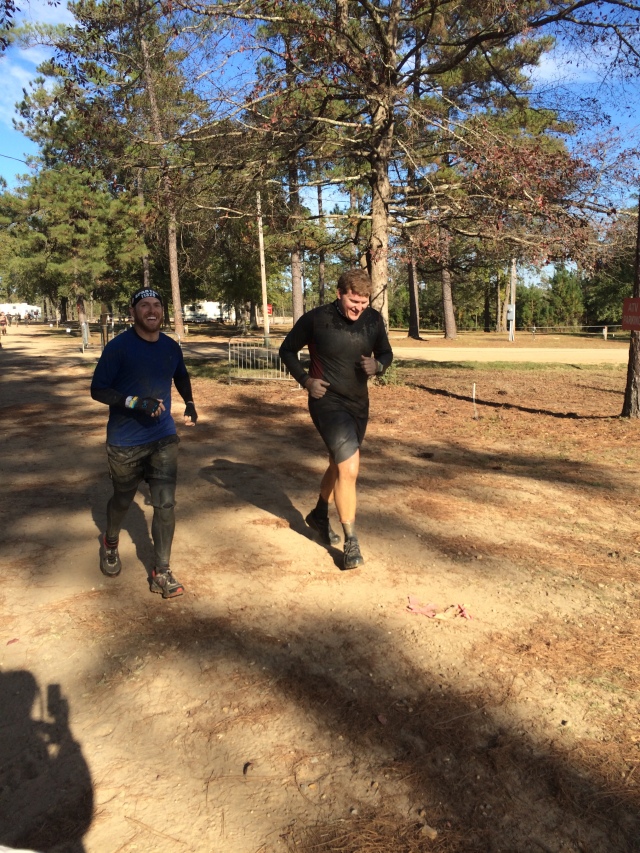 At the race that Mandy and I did in Philly, we realized how awesome it is to volunteer at Spartan Races so we planned to do the same at this one. The trip out was filled with conversation, life-talks, and goal-planning and we had a great time. We rolled into Wiggins, MS around dinner time and quickly realized how tiny of a city we were staying in. The best (read: only) restaurant in town was absolutely packed so we drove to a Mexican place and enjoyed some fajitas. Then it was off to the hotel for a couple of hours of sleep! The alarm went off super early the next morning: 4:15am in order to shower, dress, and get to our volunteer shift that started at 6:00am! We all got assigned to work registration and it was an absolutely frigid morning. My hands were so cold that I couldn’t hold onto the waiver sheets that the racers were handing me. I got a glimpse of Brakken Kraker warming up and heard his name announced a short time later when he won the race. We worked with a cool crew until 1:00pm and then Aaron and I headed to the starting line. 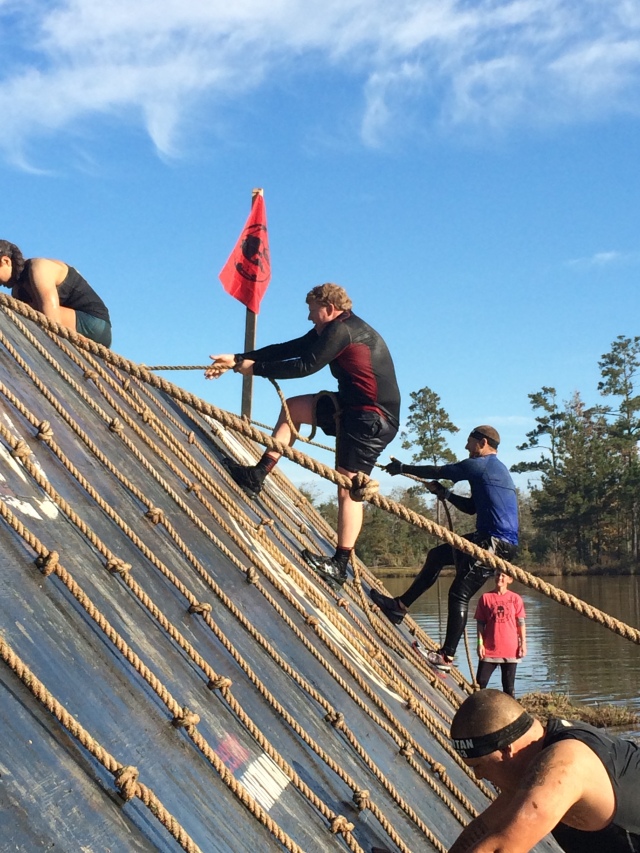 Our 1:30pm volunteer heat was the very last one of the day so the course was nice and muddy by the time we climbed the wall into the starting pit. The awesome Spartan announcer, He Man, gave us the traditional course instructions but added the little nugget that there would be sixteen water entries during our race. I guess we should have known since we were standing on the bank of the lake, but I knew then that we were in for something that we hadn’t done before. 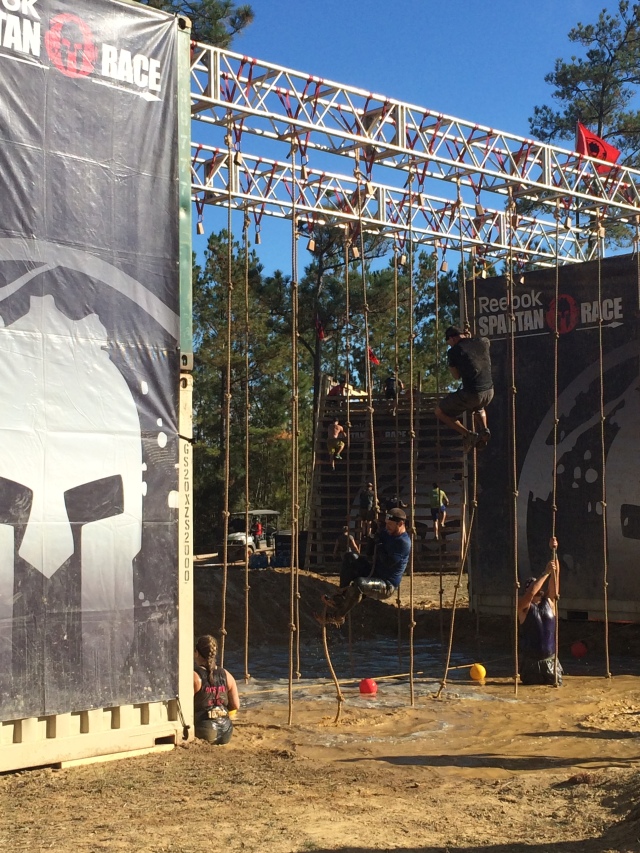 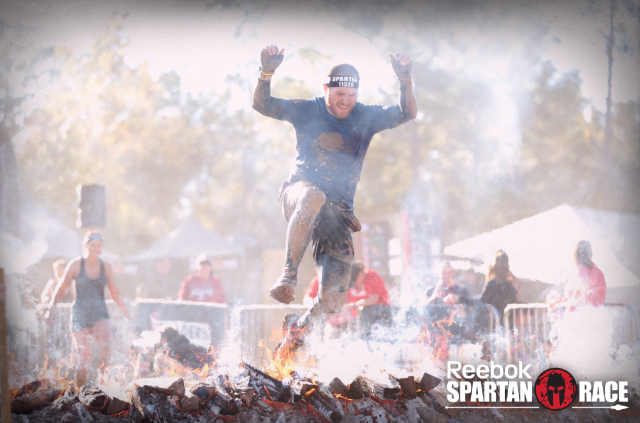 We ran off through the smoke grenades and were almost immediately guided into the lake. I’d say a good half of the race was spent in the lake one way or the other. We got to try some new obstacles including the tractor pull (through a mud pit!), Z-shaped traverse wall, and Under, Over, Through in the middle of the lake. I was super nervous about the rope climb – I had failed at the sprint in Atlanta, got up it in Philly with no mud, and didn’t know if my training was going to pay off this time. I was able to get up with no problem thanks to the technique I had studied…it’s all about form! Also, if any of you had any doubt that these events aren’t all glamour and success. here is a picture of me totally eating it while trying to get in the rope climb pool although I did keep my hands dry! 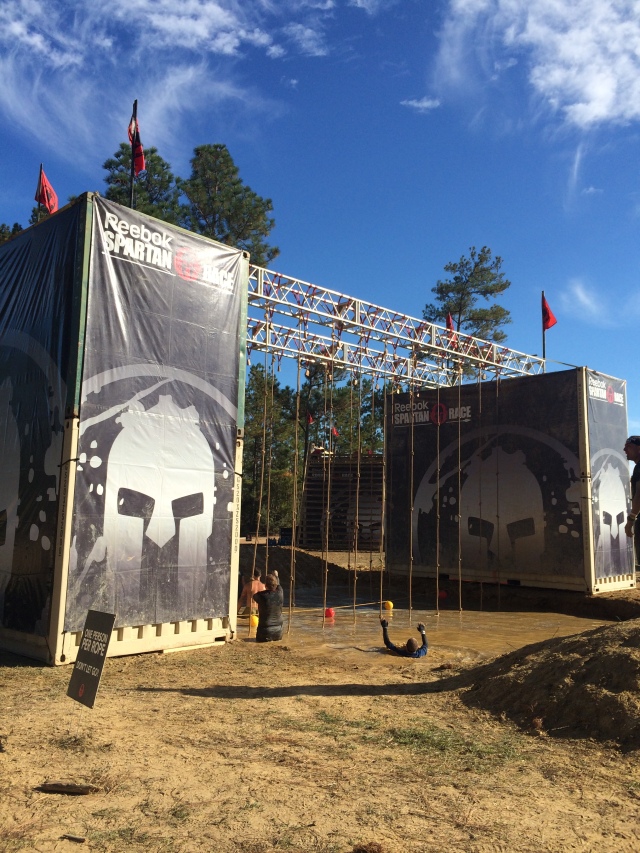 Aaron beasted this race and improved dramatically from our first time through. We both did burpees at the spear throw due to the silly strings they tie to them now, but we paid our penalty and headed on. Luckily, all the swimming kept us relatively clean as well! The race was a great one and I’m so glad we decided to head down and do this one. Spartan did a great job of mixing up the course and keeping things interesting. Can’t wait till the next one! 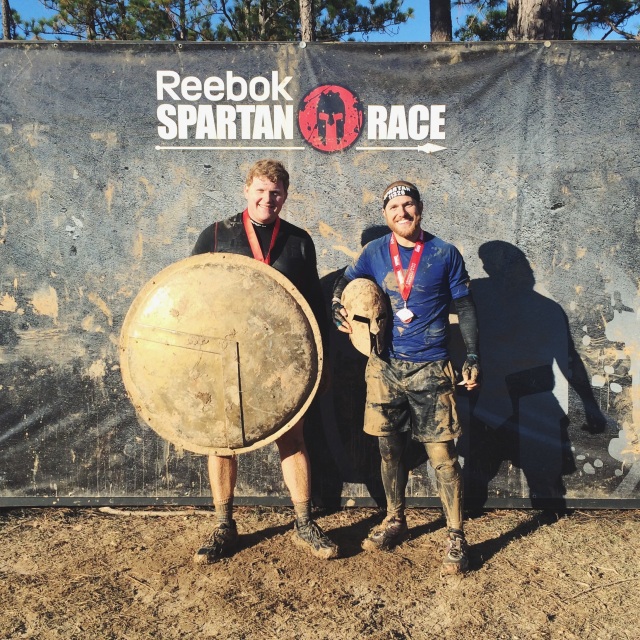 I'm an aerospace engineer and I love to do woodworking projects in my free time. We love living in Suwanee, Georgia and serving the Lord in our community. I really enjoy swimming, running, cycling, and anything active. Look for my posts about our house, the Fox Den, for more info on projects we have completed!
View all posts by Conner Volpe →
This entry was posted in Health, Rim Hugger, Travel and tagged burpees, fitness, mississippi, mud run, obstacle course race, ocr, race, rope climb, spartan, spartan race. Bookmark the permalink.