So in an effort to learn to cook and to save money, we have been eating at home a lot. The real challenge in eating at home is creating foods that are easy and just as delicious as going out to eat. The other challenge is to create enough food that there is variety for our leftovers for lunch. Below is a sample of the two weeks of meals that we had at home in order to eat at least 3 meals at home a week.

-Fajitas. Taco’s are a staple on our dinner rotation. So much so that it is a little boring. The thing that is so nice about taco’s is that it is easy and quick. We decided to spice up the tacos a little by creating fajitas. Essentially it is the same as taco’s, however we switched in steak, bell peppers, and onions. Typically when we create taco’s, the toppings are left out in order for us to sprinkle in at the last minute. The fajitas are a Jedi mind trick to think we are actually eating something completely different when really the only difference is that the peppers and onions soak up the taco flavoring during the process rather than being raw.

-Pizza is a Friday night staple in our house. We love to make homemade pizza’s because there are so many options! We used some left over steak from the fajita’s to create a blue cheese/steak pizza slice. It was interesting.

-Hamburgers and onion rings. Our hamburger night was nice. I love buffalo sauce so I doused my blue cheese burger in said sauce. We also made beer battered onion rings. It was quite the process but delicious, no doubt. The onion rings were actually better a few days later after they had been in the freezer for a a little bit.

-Pork sliders with hash brown casserole- Sunday was a perfect day for these sliders since they were made in the crock pot and cooked for 7 hours. The sliders were delicious and gave us a lot of leftovers. I froze some of it so that in a few weeks I can bust it out for lunch without the hassle of having to make it! For the recipe, I used the one listed on Vittles and Bits. 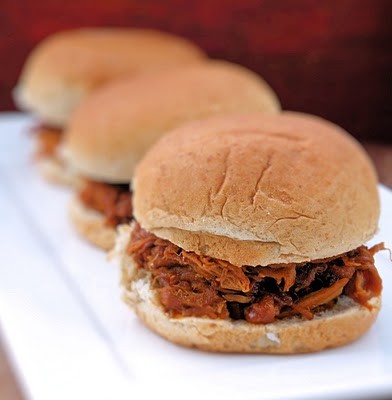 -Beef Brisket and Mashed Potatoes- I found a cool “heat and eat” kit at the grocery store for Jack Daniels Brisket. The flavors were great and the mashed potatoes were the perfect pair for this meal. It was so good that it passed the reheat test! 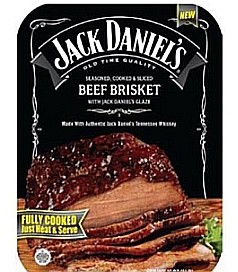 -Chili with corn bread- The chili was a big fat fail. I forgot to pick up tomato paste so I improvised. I used ketchup, water, and some tomato juice. It was good, but not the best. I have only made chili one other time, but I knew this was not the way it was supposed to taste. It wasn’t awful. It was still edible. However it was not the best meal I ever ate. By far, the cornbread was the all star in this meal.